The Toast That Died And Went To Heaven is a dexterity game for the original Nintendo Game Boy inspired by the Minecraft "Dropper" maps my son is constantly playing.

Available either as a Game Boy ROM for you to download to play on an emulator or flash cartridge, or here in your browser as an HTML5 game. Works pretty well in most phone browsers too.

Music, graphics and code by Simeon Smith, aka donotrunwithpixels.

Created thanks to beautiful open tools: GBstudio and Milkytracker.

First off - I love your game. Great use of GB studio to make something outside of the mold, and I love the character, the intro and environment, as well as the escalating sfx as you advance.

After playing it for a little bit, here are a few unsolicited suggestions that I feel would make it a fully polished game and which wouldn’t take too much additional effort to do using the program:

1) change the hit/dying sound to something slightly less abrasive. To me it takes away from the whimsy of the game.

2) add a little more character to the enemy sprites. Toast is delightful - maybe adapt or modify some existing sprites and combine them with yours to give more depth on the screen.

3) add some depth to the clouds. I love the shapes, but maybe some lines here or there and shadowing

4) instead of a full restart, a respawn to the map right before the one you die on, which would allow you to:

5) add a bit more time between respawns and possibly add a cut screen with a close up of a more detailed Toast showing the “level” or “height” you are on. That would allow for not only a bit of a recenter for you as the player, but also give you a sense of where you are / were and how hard you need to keep fighting (see Tobu Tobu girl)

6) and the last and probably hardest thing to do, was as someone pointed out, add a control for a wing flap of some sort. If it’s in GB Studio, you should be able to assign an if/then for the A button - maybe a sprite change to wings-up, a quick pause in the descent while still being able to use the directional controls. I think this would really add to the replay ability of the game, especially if you add some other endings and the cut scenes

I would love to see and play this game more fleshed out and it is my favorite homebrew of the past few months! Great job, and kudos for making something fresh based off of a good idea from the kiddos.

thanks, i hate i

Nice artwork! The player falls so fast/horizontal movement is so slow that you cannot react to the obstacles in time as you fall - which is very frustrating.

I wonder if Toast could flap his wings to jump mid-air? I feel like if you slowed the fall speed a bit and gave toast a flutter move (maybe with cool down so the player can't spam the move that much) then you would have a really fun game here.

At the moment it is a punishing memory game rather than a fun obstacle course. With the flutter you could add collectibles to gather on the descent as well.

hi! Thanks for your comments. I was trying to recreate the feeling of “dropper” maps from Minecraft, so the limited movement and speed of fall are intentional. But I can see how what you’re describing could be a fun albeit very different game.

frustrating is what we aim for! :D

I've met so many great people in the comments section from my last game, so I'd love to hear from you. What do you think of the game? How many times did you die before you made it to the end?

I don't know how often I died but it took me roughly 45 minutes to complete. 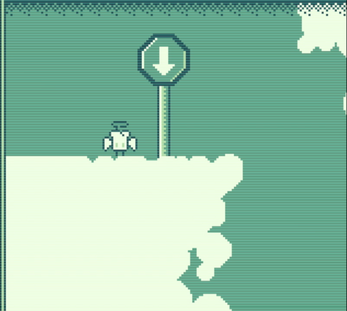 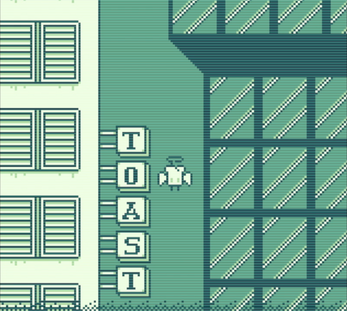 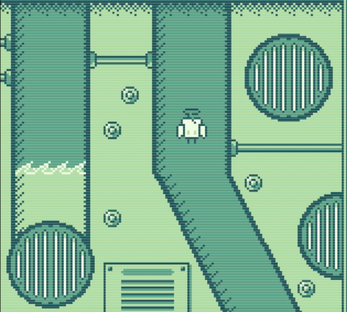